Is CBD safe for pets?

CBD is a compound that many people are ingesting touting the various advantages that it has on the human body. With the increasing research on cannabis and CBD as well as the rising cost of veterinary care, pet owners are looking into using CBD to treat their pets for varying ailments.

The CBD craze first started trending when it was removed from the list of illegal controlled substances back in 2018. Because CBD is derived from marijuana, there was a lot of controversy regarding its use among people. However, since CBD contains less than 0.3% of THC and won’t produce that feeling of being “high”, CBD was allowed for legal human consumption.

Cats, dogs, and many other mammals have an endocannabinoid system just like humans. This is why it is believed that your pets can also benefit from CBD as it can affect their cannabinoid receptors in a similar way to humans.

How Does CBD Affect Dogs?

CBD research on dogs is not as prevalent as research on humans. It was only over the last decade that research has accelerated on humans explaining why we are still figuring out exactly how CBD affects our bodies.

However, some research has been done on dogs and this indicates that CBD can help with ailments with dogs as well. This includes – improving appetite, helping with arthritis, and helping with nausea and anxiety.

The signs of an anxious dog include uncontrollable barking, peeing all over the place, and consistent chewing of household objects and toys. Research has shown how CBD has anti-anxiety inducing properties which can also benefit dogs in the same way as humans.

Just like with humans, the cannabinoid receptors in the endocannabinoid system found in a dog’s body will be affected by CBD. It will attach to the receptors to trigger changes in the body such as to regulate pain, inflammation, mood, and other conditions.

Based on research done, there are a few common dog health problems that can be treated using CBD:

If you notice that your dog is showing signs of anxiety (as mentioned above), then it may be time to consult with your veterinarian regarding a dose of CBD for your dog. CBD is proven to relieve anxiety in humans and so the general consensus is that it can be done for dogs as well.

One particular study showed how two weeks of continuous CBD treatment has the potential to reduce negative dog behaviors. The dogs also showed more positive traits such as calm and playfulness after the treatment.

Just like with humans, constant pain can cause behavioural changes in dogs. They are also looking for relief from the pain but cannot express it in the same way we humans do. One study showed how CBD treatments can help alleviate pain in dogs. Specifically when CBD was derived from hemp, there were perceivable improvements in pain, inflammation, anxiety, and digestive system issues.

Seizures are also common among dogs and CBD has been proven many times to help with seizure-related ailments such as Epilepsy. There is more information regarding seizures, even among dogs, because it was one of the first conditions to be approved for treatment by CBD. Many extensive studies have been carried out for this purpose and so it’s safe to say that CBD is an effective treatment for seizures, even for dogs.

How is CBD administered to animals?

The number of CBD products available in the market are growing daily. Expanding from the common method of smoking the plant, you can now find many different forms of ingesting CBD such as oils and capsules for humans.

The same applies for CBD for pets as well. You can find:

Administering it to your pet will depend on how well they react to taking medication. Cats especially don’t like to taste anything new in their food so applying it topically would be the best method.

Also, similarly to humans, different CBD products have varying effects on your pet’s body. As far as the limited research done shows, they have a similar effect on the pets as a human’s body. For example, topical application of CBD has faster effects on humans than edible CBD. Similar results were seen in dogs as well when the tests were replicated on them.

How Much CBD Can You Give Dogs?

Even with human studies, we are still to come up with a specified dosage for CBD treatments. This is because the correct dosage will depend on a number of factors such as the method of ingesting CBD, body composition, other medications, and potential CBD contamination (as CBD is not regulated and you cannot be sure what is included in your CBD dosage).

For dogs, CBD oil is the most common method of consumption. Although some research has been done on dogs, only a few ailments have been determined a safe enough dosage for treatment. Since seizures have been the most researched, veterinarians usually dose between 2 – 8 mg/kg of the dog’s weight twice per day.

This is the dosage that has been proven to be safe for their consumption while also providing some relief from their condition. But, it is always safe to get CBD products from trusted vendors who use 100% pure CBD as there have been many cases where CBD products have additional substances or are a fluke with little to no CBD in them.

Is CBD safe for pets?

When 100% pure CBD is consumed, it is found that animals react well to it and are quite safe to be used consistently. A report done by the WHO also goes on to confirm this, in part. However, subsequent studies have found that there may be complications when it comes to liver function in animals.

CBD is metabolized by the liver in animals the same as humans. Some studies indicate a noticeable increase in an enzyme called “Alkaline Phosphatase” (ALP) during CBD treatments. However, researchers are still not 100% sure if this is due to other causes or a result of the CBD.

To be on the safe side, if your pet has a liver problem or is taking any other medication (which is also metabolized in the liver), then it would be best to stay away from CBD until more tests have been done proving that it is completely safe for them.

It should also be noted that THC is a toxic substance for cats and dogs. So when purchasing CBD, make sure to only get pure CBD or else there can be dire consequences.

Again, due to a lack of research, the side effects on pets are based on how humans are affected by the treatment. You can minimize these side effects by taking precautions and ensuring only the recommended dose of CBD is administered to your pet.

Some of the common side effects include:

Dry mouth – This is a common side effect of both CBD and THC. It decreases the production of saliva and pets will feel an increased need for water during the treatment. 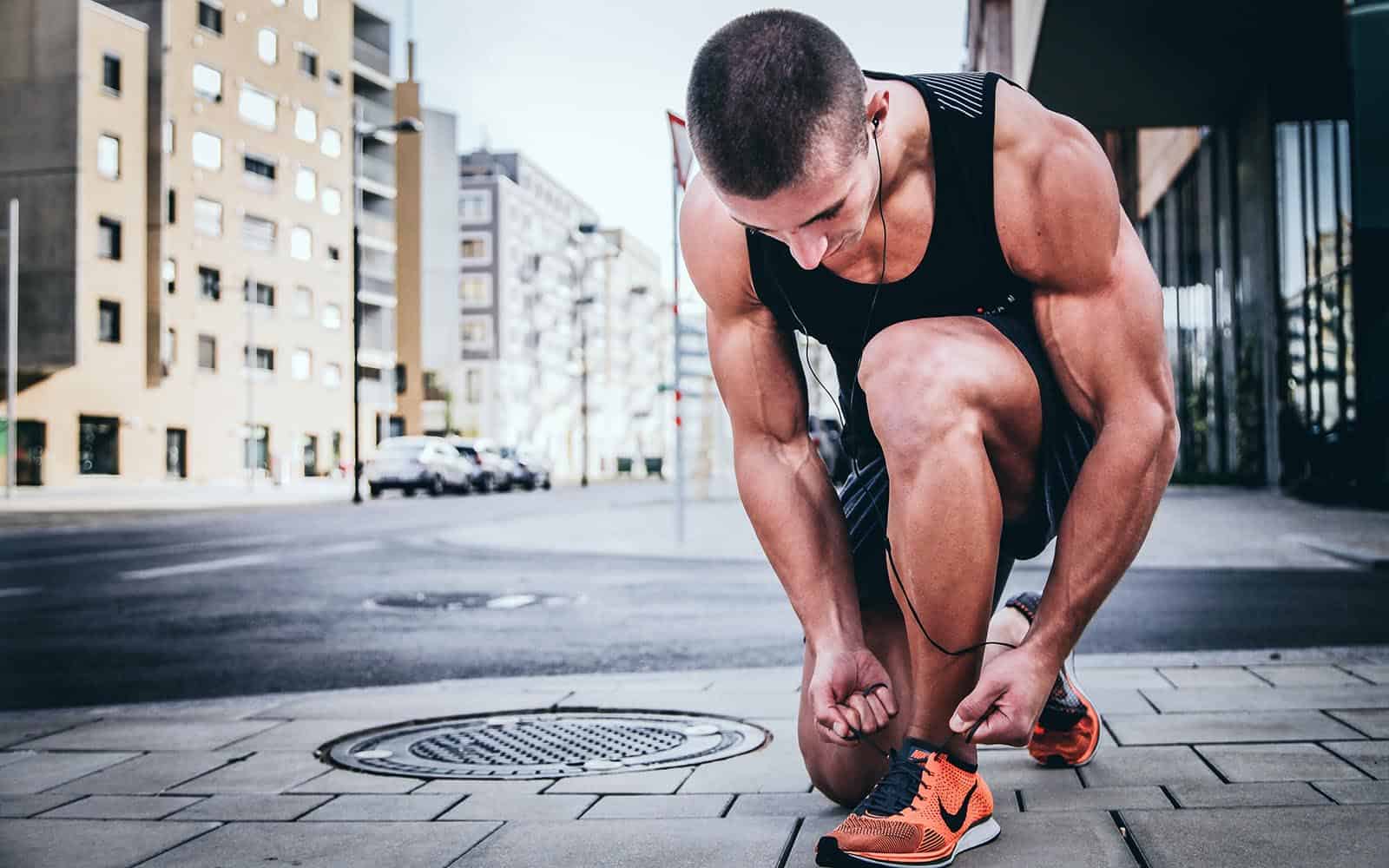 CBD for Runners: What You Need to Know
CBD, or Cannabidiol, is a compound derived from the cannabis plant. It has been used medicinally for thousands of years and now it’s being touted as...
Read more 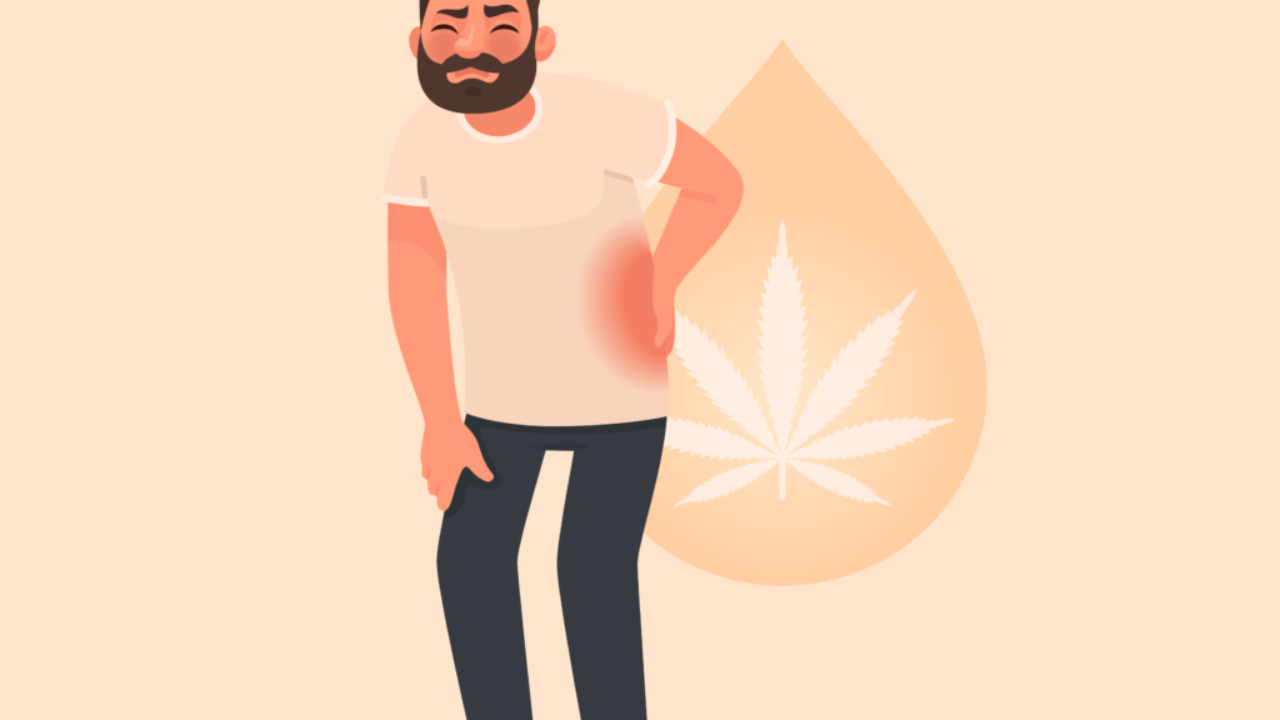 How to Use CBD Oil for Pain Relief
CBD oil is among the most versatile and convenient ways to get your CBD fix, especially for pain relief and management. You can add CBD oil to prett...
Read more 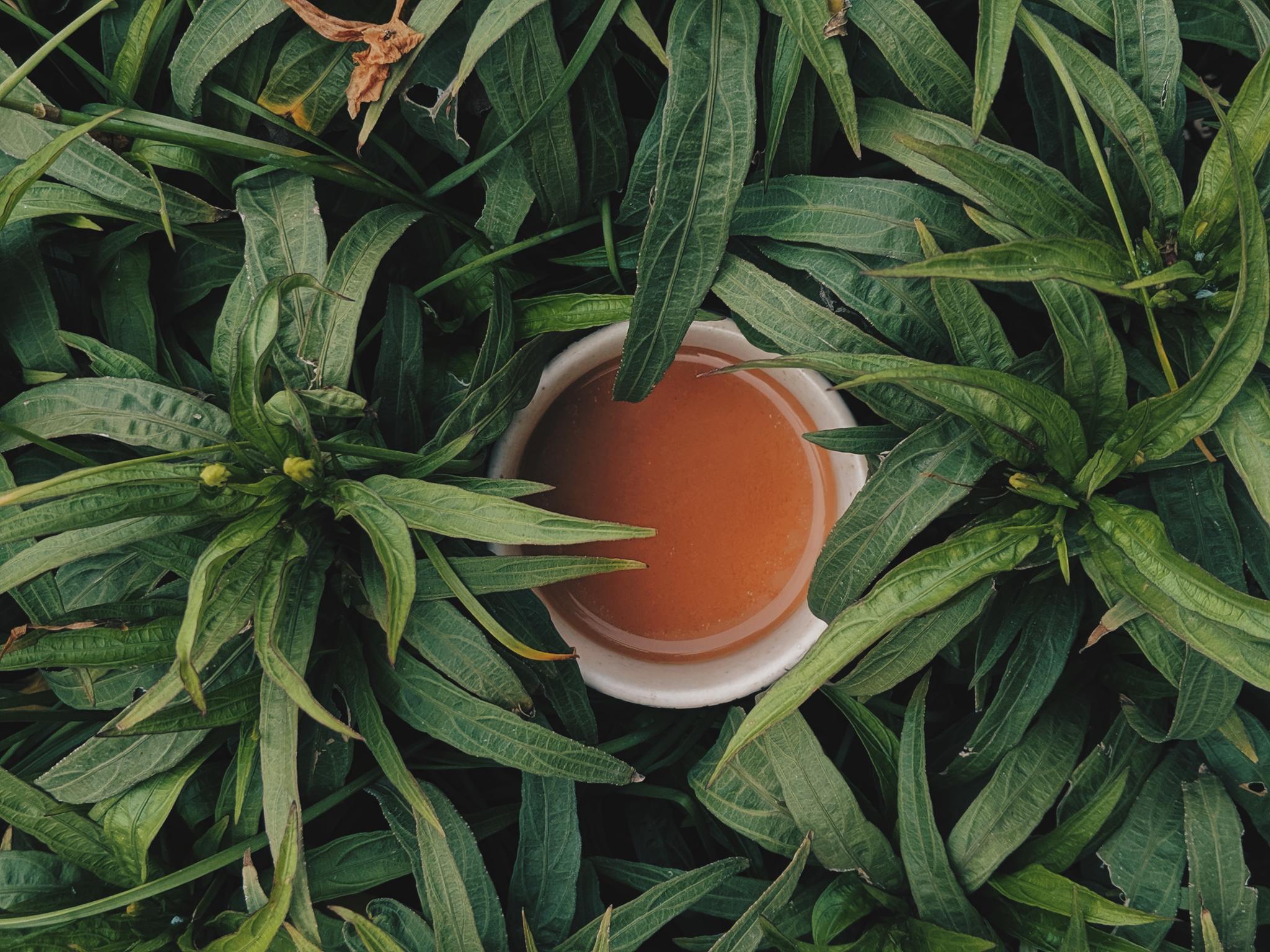 What Is CBD Tea?
Are you looking for a more innovative and relaxing way to get your CBD fix? Drinking CBD tea is one way to go. CBD tea is an especially favorable op...
Read more 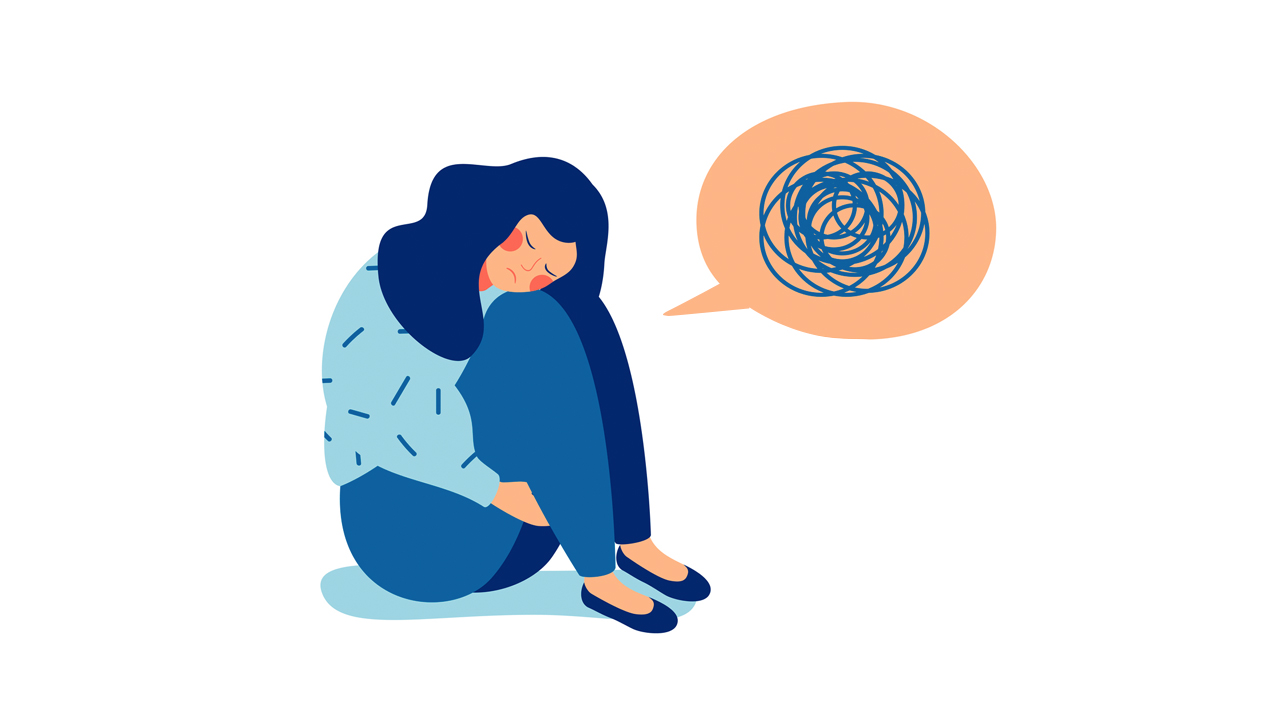 Using CBD for Anxiety
Cannabidiol (CBD) has been gaining a lot of traction and popularity as of late. Several people have claimed that CBD has numerous benefits to the hu...
Read more 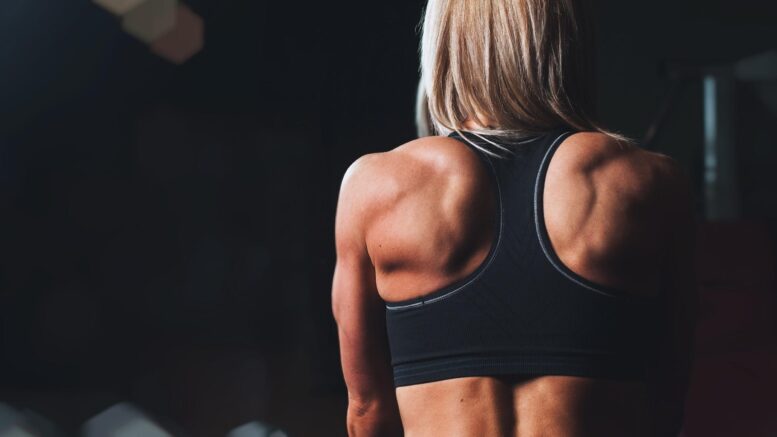